Wonderful City, World Heritage Site as Urban Cultural Landscape and most famous destination in Brazil. In 2020 Rio de Janeiro stands one more title: the first World Capital of Architecture. The nomination was granted by the United Nations Educational, Scientific and Cultural Organization (UNESCO) and the International Union of Architects (UIA) to the host city of the 27th World Congress of Architects, to be held in July 2020 on the theme "All worlds. One World. Architecture 21".

Unique in the art of harmonizing nature and architecture, Rio brings along in its waterfront, its parks and its avenues, examples of five centuries of styles, represented by more than ten thousand conserved properties and about two thousand listed. Its population of almost seven million inhabitants use to daily live with urban landmarks that will now be shared with the whole world.

After hosting important international events in recent years, Rio takes the leading role in architecture. This title is more than a recognition of the city's architectural, historical and cultural past. It is also an opportunity to think about the future. A chance to celebrate Rio yesterday and today and also to define what you want for cities around the world.
The 2020 program will include tourist, cultural, educational and scientific events throughout the city, involving not only citizens but also visitors. The City of Rio de Janeiro and the Institute of Architects of Brazil (IAB), which work in partnership with the Rio 2020 World Capital Architecture Organizing Committee, are responsible for the calendar and host civil society initiatives through this form.

Would you like to propose an event for the Rio2020?
fill out the form and submit your proposal 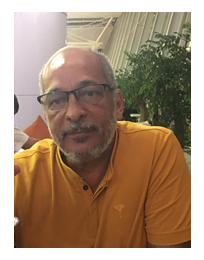 On the day that this interview was granted, Jailson had just landed from a two-week trip through Vietnam. Visiting Asia, he found something that has captivated him for years in the slums of Rio de Janeiro: the pleasure and harmony in the coexistence between differences. For the PhD in Sociology born in Mangueirinha, Brás de Pina, the answer is in the periphery, the example for a city where the interpersonal relations have more prominence than infrastructure. “In Vietnam, I saw 57 different ethnicities living together without conflict. Until we understand that this is the way out, we will not have a real complete city” he says.

Jailson advocates a change of the parameters used in research that establishes the quality of life of a city. According to him, these indicators are always set by the ruling group and, thus, the beauty of the slums remains hidden under a thick layer of prejudice. He points out that building a different vision does not mean idealizing. But making that population more potent and capable of making changes. “Slums are always analyzed from the point of view what is missing in them. We need to draw new indicators that reveal all the beauty that exists in these spaces: children playing, friendships, young people producing culture”, he says.

1 - Favelas in general and, in particular, Nova Holanda (in English, New Holland), in Complexo da Maré - “This is the most intense space in Rio de Janeiro, where life flows. Cariocas themselves do not know the slums of the city. ”

2 - Maracanã Stadium - “The temple of football involves passions and different types of groups. It is an area of the city that encourages coexistence. ”

3 – Carioca beaches - “A place that exercises the coexistence of diversity with harmony and respect. Especially, Flamengo beach, which brings together the most diverse groups. ”

4 - Quinta da Boa Vista - “Quinta's lawns have been a reference in integration for decades. A place I frequented a lot when I was little and still a place of democratic living. ”

5 - Parque Madureira - “A point in Rio de Janeiro that stimulates the gathering. It is full of energy, stimulates the practice of various sports and exchange of experiences, raising the self-esteem of the population. ” 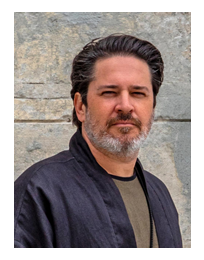 An art deco door of a 1940s building in Copacabana, a pilotis of a building, the adornment of a ruined house. Rio de Janeiro is a constant source of inspiration for Celso Rayol to create projects for ... Rio de Janeiro. The architect, who moved to Rio de Janeiro when he was 17, assumes that the city has conquered him for its whole: its nature, its diversity, its details, its excitement and its refuges. "I am completely in love. In here, there is room for every taste, for everyone. We need to honor our own architecture," says Celso who chooses among his favorite spots, places he calls "urban breaks", where you can reduce your speed.

In his professional career, which began as an intern at the office of the architect, urban planner and former mayor of Rio, Luiz Paulo Conde, he has signed all kinds of projects. Among them, buildings internationally recognized by awards such as the ArchDaily's “Building of the year”. Over time, however, Celso has increasingly cherished the desire to help and engage the population as a whole in favor of Rio. "If we speak badly about (the city of Rio de Janeiro), we are going nowhere. I am positive. It is as I wrote on the facade of a recent project: 'The pleasure of walking comes with the initiative of the first step.' We need to take care of the city and reduce its distances”, says the architect.

1 - Museum of Modern Art (MAM) - “The brutalist building designed Reidy is the icing on the cake of a beautiful urban park project that transformed the edge of Guanabara Bay. The pilotis that enclosing the park, give me the idea of being in a place with stunning architecture and artwork, which I love. They feed me. Better yet, surrounded by nature and gardens designed by Burle Marx ... and with a coffeehouse where I can stop and relax! ”

2 - Parque Lage - “The fusion of art, nature and architecture, as well as in MAM, also makes me to indicate this place of Rio. However, as a counterpoint to concrete and modernist landscaping, the palace designed by Italian architect Mario Vodret shines amidst a romantic garden inspired by 19th century English spaces. Parque Lage offers me the same kind of pleasure that is good for my soul. "

3 - Moreira Sales Institute (IMS) - “Another place that attracts me by the combo: art, architecture and nature. Treated by some critics as a “modernist palace,” IMS Rio's headquarters was designed as the home of the diplomat Moreira Sales by the architect Olavo Redig de Campos. It has the gardens of Burle Marx and, to top it off the unique beauty of this space, a delicious meal. ”

4 - Brazilian Equestrian Society - "The Equestrian Society has a very cool relation with the surrounding landscape. On the one side, the hill, the Tijuca Forest and the buildings of the Jardim Botânico neighborhood, where I live. On the other, the water mirror of Rodrigo de Freitas Lagoon and the roofs of the buildings that make up the complex. In addition, it is also graced by a wonderful view of Christ the Redeemer. "

5 - Praça Mauá - "The transformation by which this area went through enchants me and awakens sensibility regarding the memory of the people who built our city. The new buildings and the restoration of the port area are forward looking, but anchored by the many stories that happened in the zone. It's amazing to see that a city with already so many already consolidated touristic spots is capable of creating such a space. " 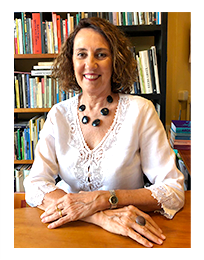 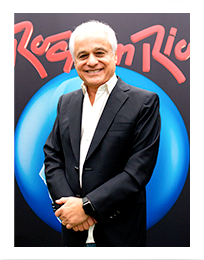 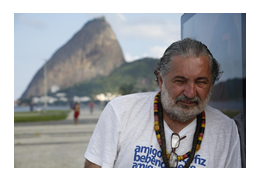 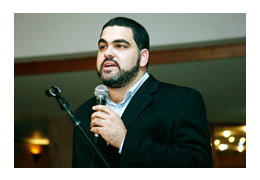 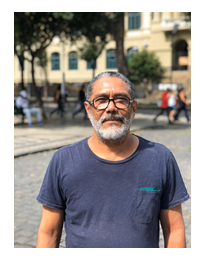 More in the Media 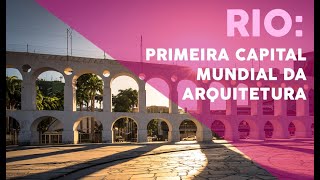 data.rio - Information Portal of the City of Rio de Janeiro created by the Pereira Passos Municipal Institute of Urbanism - IPP.